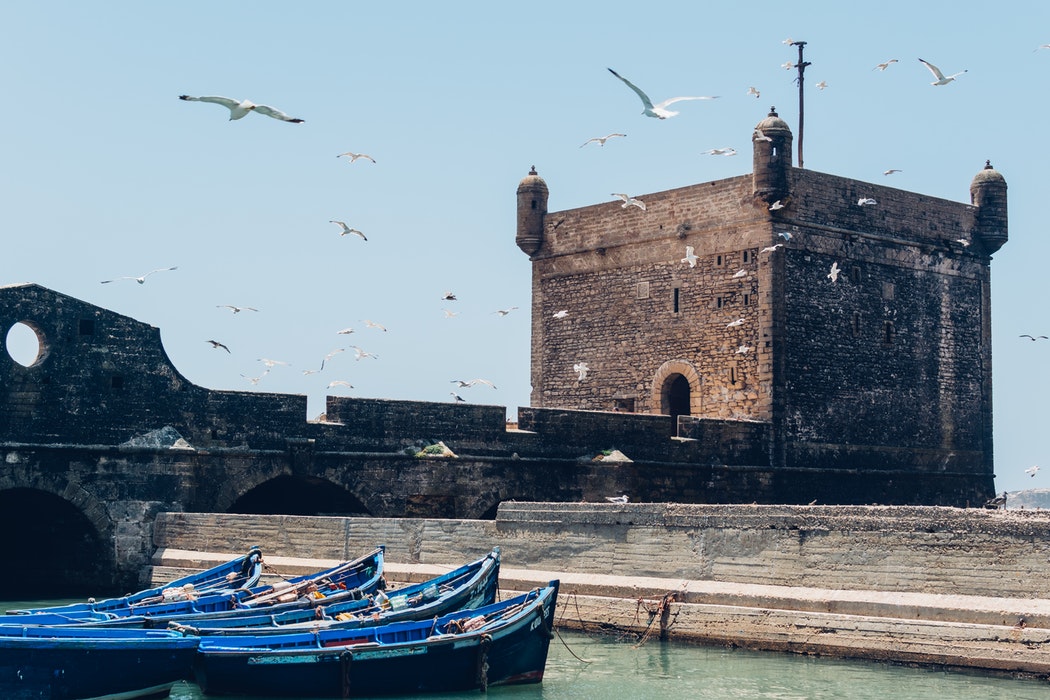 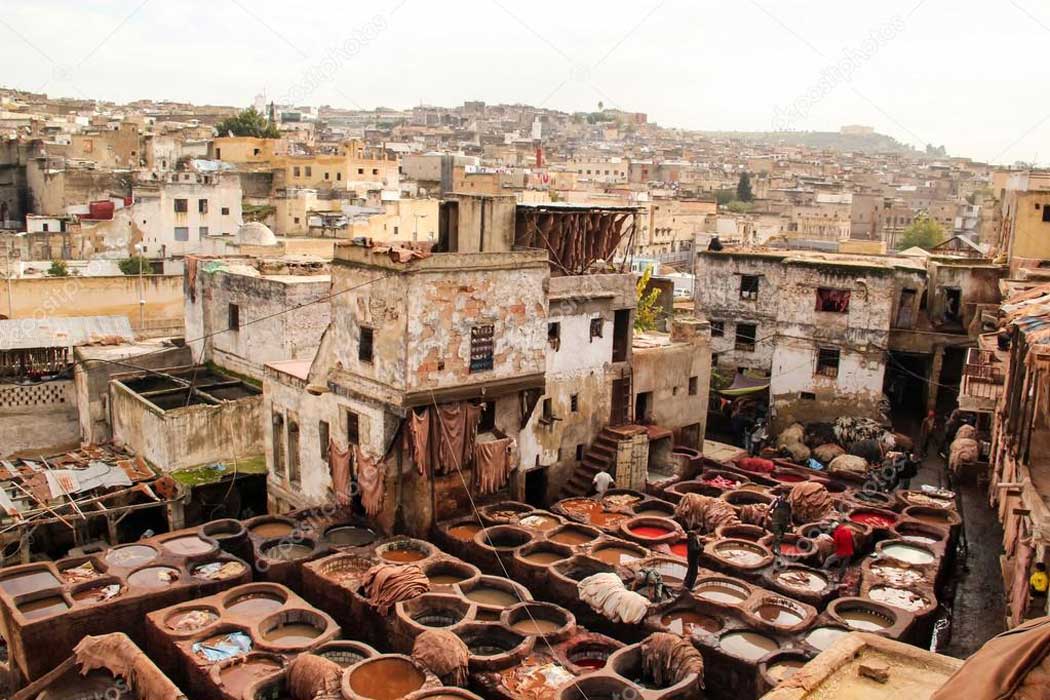 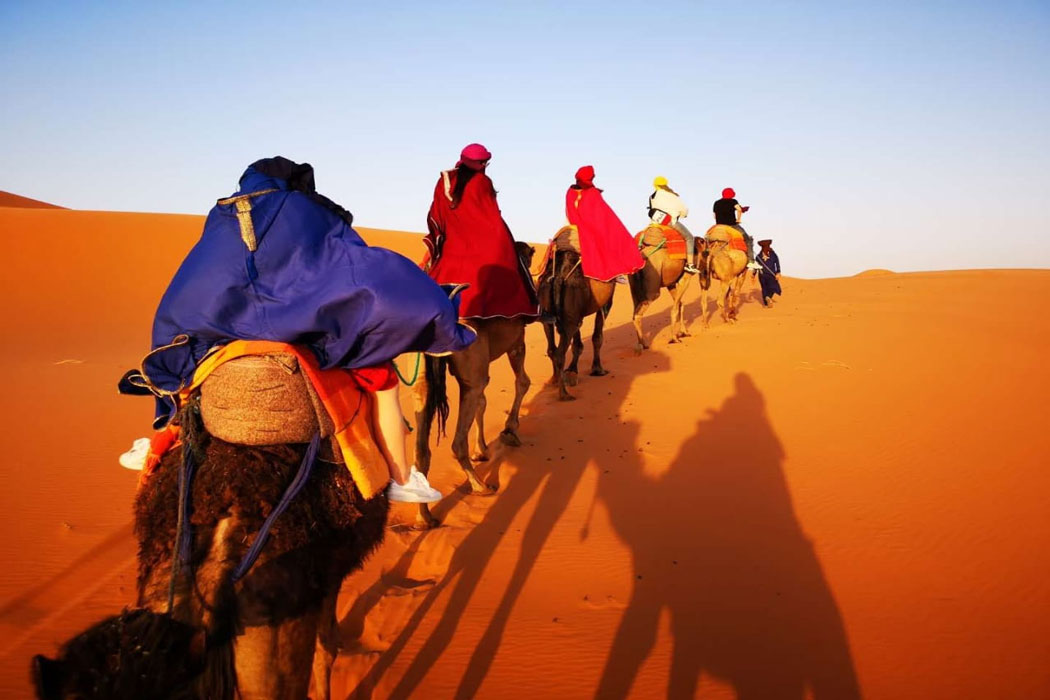 Arrive Casablanca Airport. Greet and transfer to Casablanca .option to visit the Hassan II Mosque and join a walking tour followed by a drive and lunch on the Corniche (coastal area). Overnight in Hotel

Today after breakfast we drive toTangier via Rabat with option to visit the political capital of Morocco explore the highlights of it if time permitting: .Chellah Necropolis .Kings Palace.Kasbah of Oudayas .Tour Hassan .Royal family tombs Tangier along the stunning coastal road. Visit Asilah, a beautiful coastal town with its whitewashed houses, blue walls and doors, and many murals. Tangier, the gateway to Africa from Europe, has always been an international melting pot. Overnight in hotel

Today after breakfast we Take a tour of Tangier and explore and we drive to Chafchaouen via Tetouan , and city surrounds, and enjoy the stunning vista where the Mediterranean and Atlantic oceans meet. Cap Spartel, is a dramatic and fertile point, and was known to the Greeks and Romans as the “Cape of the Vines”.few kilometers along the coast side ,The Caves of Hercules are something of a symbol for Tangier, with their strange sea window, shaped like a map of Africa. The name, like Hercules’ legendary founding of Tangier, is purely fanciful, but the caves, 16km outside the city and above the Atlantic beach, we drive toTetouan along enchanting mountain village of Chefchaouen, passing through the green valleys of the Rif Mountains. Chefchaouen is famous for its vivid blue rinsed houses and is very popular for both tourists and Moroccans, particularly in the hot summer months. Explore Chefchaouen, with its winding lanes and narrow alleys which are home to numerous souks offering cuisine and artisan works, such as woollen items, intricate embroidery, and goats cheese; all native to the North and not found anywhere else in Morocco. Relax in the square, visit a local farm or hike in nearby parks Overnight in hotel

After your breakfast in the riad our authentic journey will start scenic drive that will take us from high in the Rif Mountains through the fertile agricultural hills to the Roman Ruins at Volubilis, an open air museum . Volubilis is not as spectacular as the Roman sites on the Mediterranean rim but it is still a relaxed way of envisaging an important part of Moroccan history. We will shift our way to Meknes, the fourth of Morocco’s imperial cities and the 17th century heritage where we will stop for lunch and hang around the historical huge walls of the medina. After launch, we take a glimpse to Bab el Mansour and enjoy a visit of Moulay Ismail’s shrine . after the visit of Meknes we will drive directly to Fes city Overnight in hotel

After breakfast a local guide will accompany you for your City tour to explore the oldest imperial city in the Moroccan history, our visit will include if time permitting: .Medersa (Quoranic School) Attarin or Bou-Inania .Quaraouiyine Mosque, founded by Fatima Bint al-Fihria in C9th .Nejjarine fountain and museum .Bab Boujloud, the blue and green gate .Mausoleum of Moulay Idriss II .Chouara tanneries and feel as if you have taken a step back in time .The water clock dating from the C14th .Souks .Traditional potteries and Merenid Tombs You will have a free afternoon to relax or enjoy the streets of the old médina. overnight in a Riad

8 am meet at your Hotel or Riad , transfer to Ifrane (Moroccan Switzerland) our first stop to enjoy the city with its fully European style,Along the route pass through the cedar forests of the Middle Atlas where Barbary Macaques can often be seen, while enjoying the contrasts of the landscapes, we will stop by Midelt famous with its apple groves for lunch in a local restaurant or do some shopping (vegetables & fruits )and have picnic beside a river .our journey will continue toward the Ziz valley gorges with its procession of palm trees while passing by many typical Berber village reaching Erfoud town for a visit of a local fossil craft workshop. Continuing to the fascinating stony desert ,the achingly beautiful expanse of rolling dunes, also known as the Dunes of Merzouga. Arrive at the edge of the Erg Chebbi dunes and check into Auberge (local desert inn) where you can safely wander into the immediate desert to watch the sunset.dinner and overnight. Riad / Hotel

In the morning we will go to visit KHAMLIA village famous for its gnawa music; originally from Grand African Sahara . We will visit some deserted mines, Berber nomads share a mint tea with them ,oasis of palm trees,we will drive on the black desert (Hamada)and DAKAR RALLEY ROAD Towards then to Rissani . Where will walk on the most authentic and traditional Morocco souk, and the largest in the South of Morocco ,traded with all kinds of crafts, food, And animals.market days are (Tuesday – Thursday – Sunday).lunch in a local family house with Madfouna (Berber stuffed pizza). Back to Merzouga sand dunes by the afternoon Where we will ride camels to spend the night in an equipped camp with drums music in the middle of the Sahara, this is a great opportunity to take lovely pictures of the sunset and sunrise. At this time, we will explore the secrets of the Sahara and its unlimited horizons, we well spend the nigh in nomad berber tents.

you can get up early to enjoy the first rays of sunlight over the desert. Enjoy your breakfast in the, your camels are ready to help you return to the auberge at Merzouga . We depart for the Todra Gorge, en route passing probably the most wanted dates in Morocco, that are grown between Rissani and Erfoud. As we climb into the Excessive Atlas Mountains and through Tinghir we start our method to the very best and narrowest gorges in Morocco. There might be ample time to discover and take pictures, in addition to having fun with a drink or lunch at one of many eating places within the adjoining valley. there’s the choice of a hike by the patchwork of fields the place you’ll uncover a previous mud village and meet a few of the locals who will welcome you and assist you to be taught extra about their tradition and their existence. Refreshed and impressed, we set off for extra of nature’s wonders within the Dades Gorge, together with the mind-boggling rock creations of the Tamnalt Hills. We proceed to the Valley of the Roses and the city of Kella M’Gouna, an essential centre for the rose rising cooperatives all through the valley. We proceed our journey by the Dades Valley, also referred to as the road of one Thousand Kasbahs – and also you’ll quickly uncover why. There are quite a few alternatives to cease en path to take some superb images. We break for lunch with an opportunity for a refreshing hike within the valley earlier then we proceed to Ouarzazate – the “Hollywood of Africa”. overnight. Riad / Hotel

Today after breakfast we drive along Atlas Mountains we visit studios that hosts a lot of international film productions and is also known as «Hollywood of Morocco».Follow the route along Ounila Valley and Just 40 km from Ait Ben Haddou Kasbah, we will see the Kasbah of Telouet,a former route of the caravans from the Sahara over the Atlas Mountains to Marrakech. It was the seat of the El Glaoui family’s power , they were given political power of Morocco south of High Atlas Mountains by the King Moulay Hassan. The Glaoui were almost as strong in power as the sultan himself. The palace can still be visited but it is steadily becoming more damaged and is slowly collapsing. In 2010, work was underway to restore the property. If you get a chance on Thursday visit a traditional Atlas village souk..lunch in the Atlas Mountains . across the Tizi-n-Tichka to reach Marrakech in the late afternoon Overnight in hotel

After Breakfast you have City Guide Tours include the following key sites, time permitting, based on a half or full day tour .Souks .Mellah .Palace Bahia .Koutoubia Minaret and gardens .Saadian tombs .Medersa Ben Youssef .Apothecary .Majorelle Gardens with a fine museum of Amazigh (Berber) costumes and jewellery .Free half day at your leisure to enjoy the evening on the Jamaa Lafna square, overnight in Riad.

After breakfast, make your way west to the Atlantic Ocean. See the large, whitewashed walls of Essaouira rising above the coastline. Palm trees dangle over the walls as the fresh seaside aroma sweeps across the windswept beaches. along the Atlantic Coast of Morocco. Founded by the Phoenicians, it was one of the ports of the Roman Empire, the city then became a Portuguese colony during the seventeenth century. The visit to Essaouira, Mogador according to the old name, starts at the port, dedicated mostly to fishing, one of the busiest parts of the city, then you will head to the city, the door of the Navy and the Sqala. Essaouira had been classified as a heritage of humanity by the UNESCO. The Medina is surrounded by huge walls that protect it from wind and which were built by the Portuguese during the colonization of Essaouira. Overnight In Riad /Hotel

After breakfast, make your way west to the Atlantic Ocean. See the large, whitewashed walls of Essaouira rising above the coastline. Palm trees dangle over the walls as the fresh seaside aroma sweeps across the windswept beaches. along the Atlantic Coast of Morocco. Founded by the Phoenicians, it was one of the ports of the Roman Empire, the city then became a Portuguese colony during the seventeenth century. The visit to Essaouira, Mogador according to the old name, starts at the port, dedicated mostly to fishing, one of the busiest parts of the city, then you will head to the city, the door of the Navy and the Sqala. Essaouira had been classified as a heritage of humanity by the UNESCO. The Medina is surrounded by huge walls that protect it from wind and which were built by the Portuguese during the colonization of Essaouira.Overnight In Riad / Hotel

From Essaouira you’ll drive alongside the coast to Casablanca by means of scenic oceanside villages, together with a lot of resort cities equivalent to Walidia, which is known for its oysters, and El Jadida, the place many Moroccans come to benefit from the lovely seashores in summer time. At the end of the day we are going to arrive to Casablanca overnight in Hotel

Transfer to Casablanca Airport . Your Morocco adventure will be coming to the end today, do plan on having a full two hours at the airport today since customs can be slow. We truly hope you enjoyed your journey