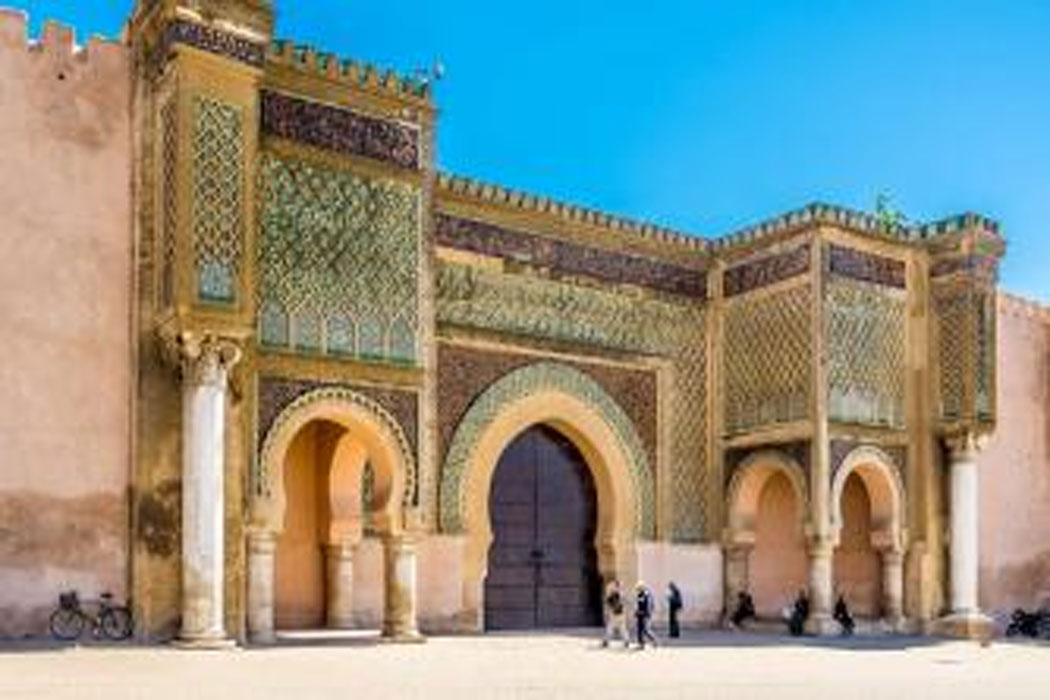 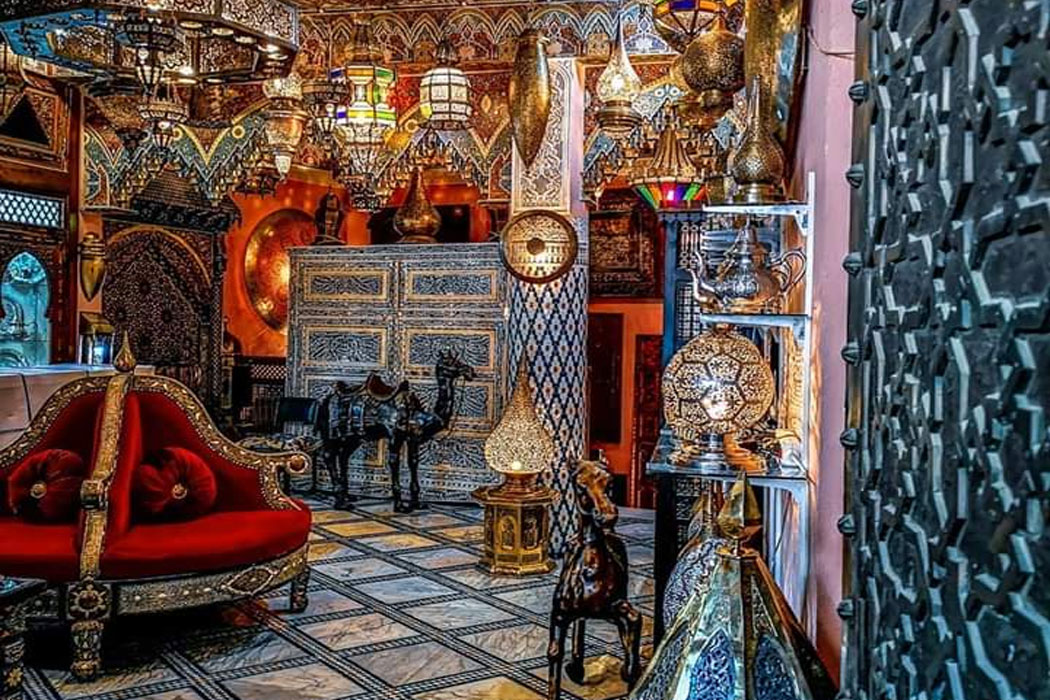 Our day’s excursion to 2,000 years in the past starts at 9 o’clock from your hotel when we drive across the Saiss Plain to the wonderful Roman ruins at Volubilis , the Volubilis of really ancient olive presses, mansions, incredible mosaics, monumental arches and Corinthian columns where you’ll have a real sense of Roman lifestyle and of that of a subsequent medieval Berber town. The site contains the Mansion containing the mosaic of the Labours of Hercules, the Baths of Gallienus and Baths of Forum with their fragmentary mosaics; the House of Orpheus and its Dolphin mosaic and Orpheus Myth; the Cortege of Venus many of whose mosaics we may only see from the outside yet will get to se the medallions of Bacchus, Diana and the Abduction of Hylas; the Gordian Palace with its bath house and pooled courtyards; the House of the Wild Beast, the House of Nymphs, the House of the Seasons, the House of Flavius Germanus, the Knight’s House with an incomplete mosaic of Dionysus Discovering Ariadne Asleep, the Triumphal Arch , the Capitol and the House of Ephebus with its pictorial mosaics, especially that of Bacchus Being drawn in a Chariot by Panthers. We leave Volubilis behind to drive alongside the dark, outlaying ridges of the Zerhoun Hills to stop for a visit of the town of Moulay Idriss , the holiest Islamic town in the kingdom of Morocco, where thousands of Moroccan faithful come on pilgrimage (moussem) every August to pray at the tomb of this descendant of the Prophet Mohammed. Arriving at the elongated square we see above us the green-tiled pyramids of the Zaouia with its two conical quarters on either side and stroll amidst the labyrinth of alleyways before leaving for the Imperial City rebuilt by Moulay Ismail. On, now, to the Imperial City of Meknes (a UNESCO World Heritage Site). Here we shall visit the easily most beautiful Bab, or gateway, in all of the Maghreb – the Bab Mansour. From here to the El Heri es-Souani – the granary of huge vaulted structures and stables built by Moulay Ismail’s soldiers next to a pool fed by underground channels that brought fresh water all the way from the distant Middle Atlas Mountains; the Moulay Ismail Mausoleum and the Place el-Hedim to see the famous State-owned stallion stables of Haras where these Arabo-Berber horses are bred. Time for lunch (optional, not included) before leaving Meknes around 4:40 in the afternoon, arriving back in our hotel at around a quarter to six, the drama, scope and beauty of our visit forever indelibly imprinted in our memory.